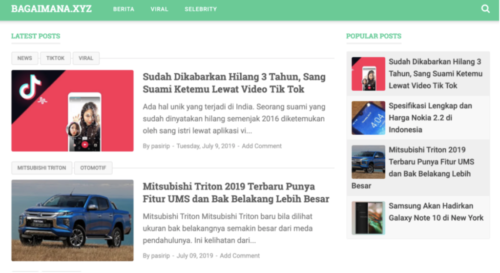 Mandated by Bouygues Telecom, one of the largest French telcos, EVINA supports and develops the safety of digital monetization by being at the forefront of the fight against fraud. In their mission of bringing the best possible customer experience and support, Bouygues Telecom selects trustworthy partners to protect the end-user. Major mobile carriers, such as Bouygues Telecom, entrust EVINA with the protection of their payment flow and their subscribers, from a fraud that has the potential to generate each month over 75 000 malicious transactions worth 400 000 dollars (worldwide).

Constantly on the lookout to protect our clients’ interests, several traffic sources were detected and blocked on Google Ads in France. By going back to the source, it appears that the malware is pre-installed on the firmware level of low-cost Android devices purchased on third-party platforms that are not Google compliant. Without the user’s knowledge and consent, the malware automatically launches and enables the data service (3G/4G). It then automatically clicks on online ads resulting in fake conversions. What’s more, if for some reason the Chrome browser is not available, the malware will display clickable pop-ups. In addition to being tricked into an undesired subscription, mobile owners see their data quickly run out. Not only do fraudsters make a lot of money out of unsuspecting users, but they also damage the reputation of trustworthy players.

Cybersecurity Expert at Evina, Abdelaziz Khaled, explains: “The purpose of this malware is to click on banner ads or to exploit cryptocurrencies, and all this is going on in the background, so users do not realize fraud is happening. The malware is sophisticated and uses strong obfuscation to complicate its detection. We talk about fraud, but it is nothing less than cybercrime, which can go as far as money laundering at the international level. This is a significant challenge!”

Thanks to Bouygues Telecom’s commitment, Evina’s forensic platform replicates, tests, and simulates malware in order to detect the highest-level and most recent malware patterns. Against fraud, the collaboration of all market players is key to guarantee the market’s sovereignty and to support its growth. This is the full digital eco-system being responsible and moving toward a safer internet.